Moving a proof of concept into production? it's harder than you might think...

By Anonymous - September 20, 2017
Myself and colleagues blogged a lot during the Filling the Digital Preservation Gap Project but I’m aware that I’ve gone a bit quiet on this topic since…

I was going to wait until we had a big success to announce, but follow on work has taken longer than expected. So in the meantime here is an update on where we are and what we are up to.

Just to re-cap, by the end of phase 3 of Filling the Digital Preservation Gap we had created a working proof of concept at the University of York that demonstrated that it is possible create an automated preservation workflow for research data using PURE, Archivematica, Fedora and Samvera (then called Hydra!).

This is described in our phase 3 project report (and a detailed description of the workflow we were trying to implement was included as an appendix in the phase 2 report).

After the project was over, it was agreed that we should go ahead and move this into production.

Progress has been slower than expected. I hadn’t quite appreciated just how different a proof of concept is to a production-ready environment!

Here are some of the obstacles we have encountered (and in some cases overcome):

One of the key things that we have had to build in to the existing code in order to get it ready for production is error handling.

If errors happen and things stop working (which they sometimes do) you can just kill it and rebuild.

In a production environment we want to be alerted when something goes wrong so we can work out how to fix it. Alerts and errors are crucial to a system like this.

We are sorting this out by enabling Archivematica's own error handling and error catching within Automation Tools.

What happens when something goes wrong?

...and of course once things have gone wrong in Archivematica and you've fixed the underlying technical issue, you then need to deal with any remaining problems with your information packages in Archivematica.

For example, if the problems have resulted in failed transfers in Archivematica then you need to work out what you are going to do with those failed transfers. Although it is (very) tempting to just clear out Archivematica and start again, colleagues have advised me that it is far more useful to actually try and solve the problems and establish how we might handle a multitude of problematic scenarios if we were in a production environment!

So we now have scenarios in which an automated transfer has failed so in order to get things moving again we need to carry out a manual transfer of the dataset into Archivematica. Will the other parts of our workflow still work if we intervene in this way?

It is useful to learn lessons like this outside of a production environment! 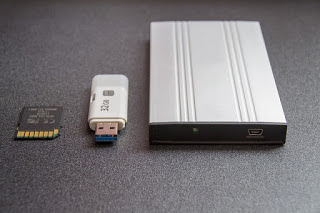 Although our project recognised that there would be limit to the size of dataset that we could accept and process with our application, we didn't really bottom out what size dataset we intended to support.

It has now been agreed that we should reasonably expect the data deposit form to accept datasets of up to 20 GB in size. Anything larger than this would need to be handed in a different way.

Testing the proof of concept in earnest showed that it was not able to handle datasets of over 1 GB in size. Its primary purpose was to demonstrate the necessary integrations and workflow not to handle larger files.

Additional (and ongoing) work was required to enable the web deposit form to work with larger datasets. 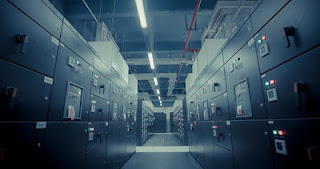 In testing the application we of course ended up trying to push some quite substantial datasets through it.

This was fine until everything abrubtly seemed to stop working!

The problem was actually a fairly simple one but because of our own inexperience with Archivematica it took a while to troubleshoot and get things moving in the right direction again.

It turned out that we hadn’t allocated enough space in one of the bits of filestore that Archivematica uses for failed transfers (/var/archivematica/sharedDirectory/failed). This had filled up and was stopping Archivematica from doing anything else.

Once we knew the cause of the problem the available space was increased but then everything ground to a halt again because we had quickly used that up again ….increasing the space had got things moving but of course while we were trying to demonstrate the fact that it wasn't working, we had deposited several further datasets which were waiting in the transfer directory and quickly blocked things up again.

On a related issue, one of the test datasets I had been using to see how well Research Data York could handle larger datasets consisted of c.5 GB consisting of about 2000 JPEG images. Of course one of the default normalisation tasks in Archivematica is to convert all of these JPEGs to TIFF.

Once this collection of JPEGs were converted to TIFF the size of the dataset increased to around 80 GB. Until I witnessed this it hadn't really occurred to me that this could cause problems.

The solution - allocate Archivematica much more space than you think it will need!
We also now have the filestore set up so that it will inform us when the space in these directories gets to 75% full. Hopefully this will allow us to stop the filestore filling up in the future. 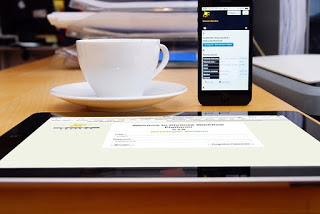 The proof of concept did not undergo rigorous testing - it was designed for demonstration purposes only.

During the project we thought long and hard about the deposit, request and preservation workflows that we wanted to support, but we were always aware that once we had it in an environment that we could all play with and test, additional requirements would emerge.

As it happens, we have discovered that the workflow implemented is very true to that described in the appendix of our phase 2 report and does meet our needs. However, there are lots of bits of fine tuning required to enhance the functionality and make the interface more user friendly.

The challenge here is to try to carry out the minimum of work required to turn it into an adequate solution to take into production. There are so many enhancements we could make – I have a wish list as long as my arm – but until we better understand whether a local solution or a shared solution (provided by the Jisc Research Data Shared Service) will be adopted in the future it is not worth trying to make this application perfect.

Making it fit for production is the priority. Bells and whistles can be added later as necessary!

My thanks to all those who have worked on creating, developing, troubleshooting and testing this application and workflow. It couldn't have happened without you!